Kids are always getting into trouble: sandhill crane edition 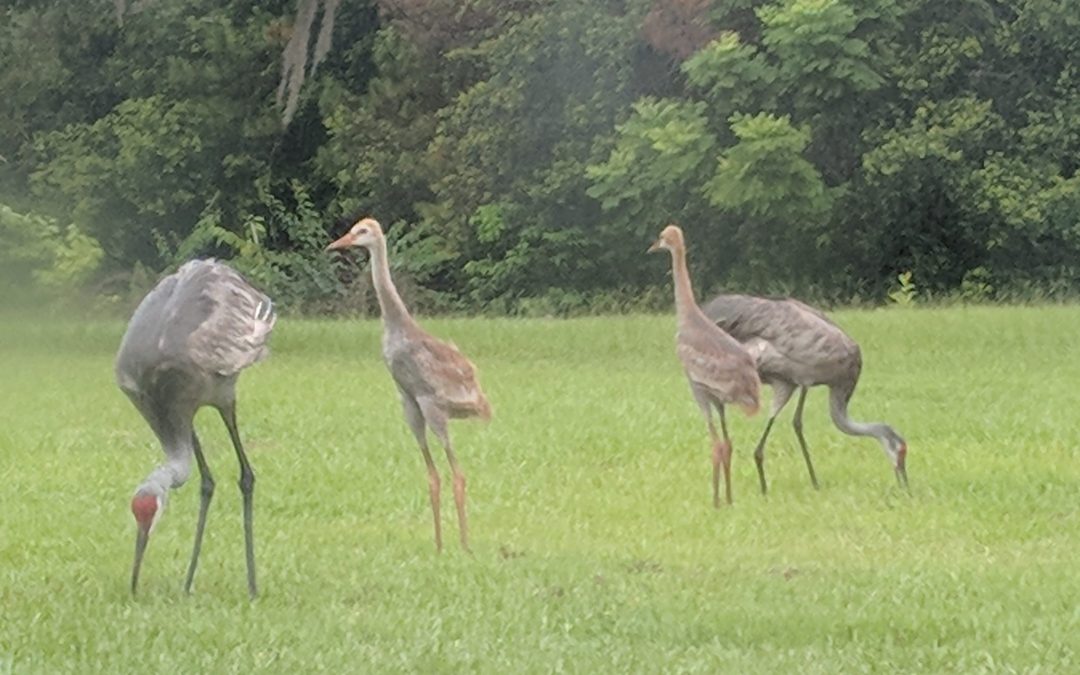 Over the last several weeks, we’ve had the pleasure of watching our two neighborhood sandhill cranes raise two yellow, long-legged, lively youngsters. The family of four has a semi-regular schedule (noticeably changed from the parent’s pre-children schedule, I’ll add), typically dropping by mid-morning and sometimes late afternoon. Each parent crane usually has one of the younger ones closely in tow, the little ones quick to snatch any six-legged morsel their parent spooks from the ground.

A few days ago, I noticed Mom, Dad, and Baby Crane #1 in my backyard — but Baby Crane #2 was missing! The three cranes were casually pecking about for yummy grubs and lizards along the ground, when Dad’s head shot up with what seemed a clear look of anxiety. I could just imagine the conversation.

“I don’t know — you were supposed to be watching her!”

I could hear the groan of annoyance and fear as Dad quickly spread his wings and flew away, leaving Mom and Baby Crane #1 happily foraging in the yard. A short while later, he came marching back with Baby Crane #2 in tow, who was soaked — no doubt from lollygagging in the lake while the rest of the family had moved on.

Kids are always getting into trouble, after all! 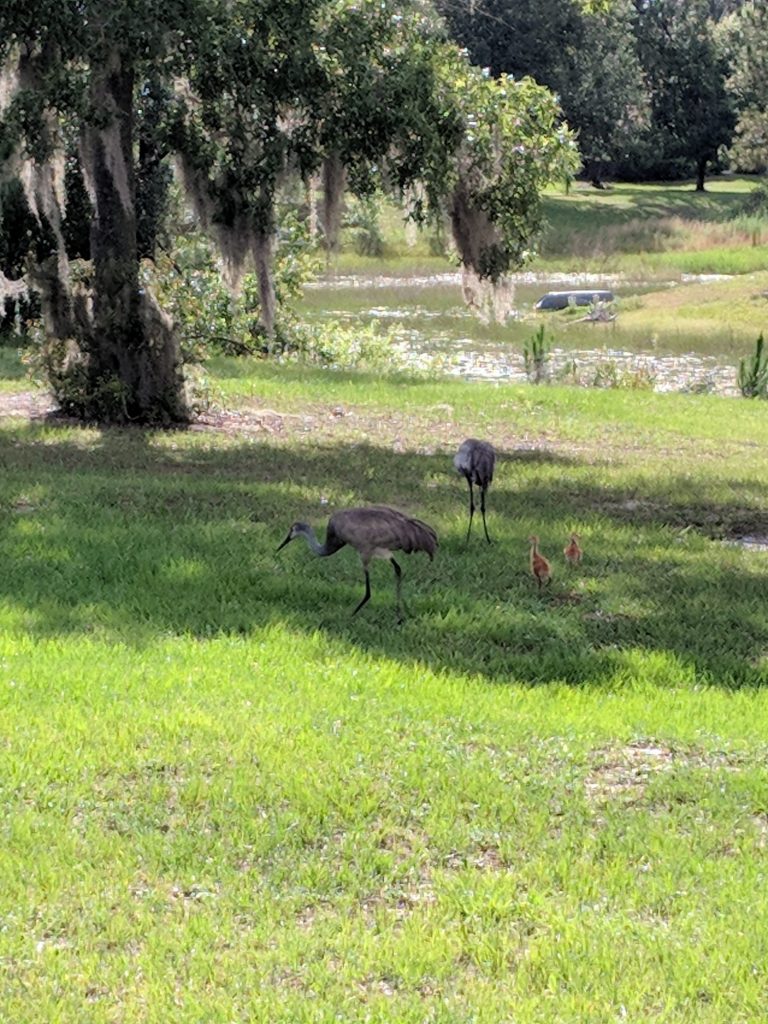 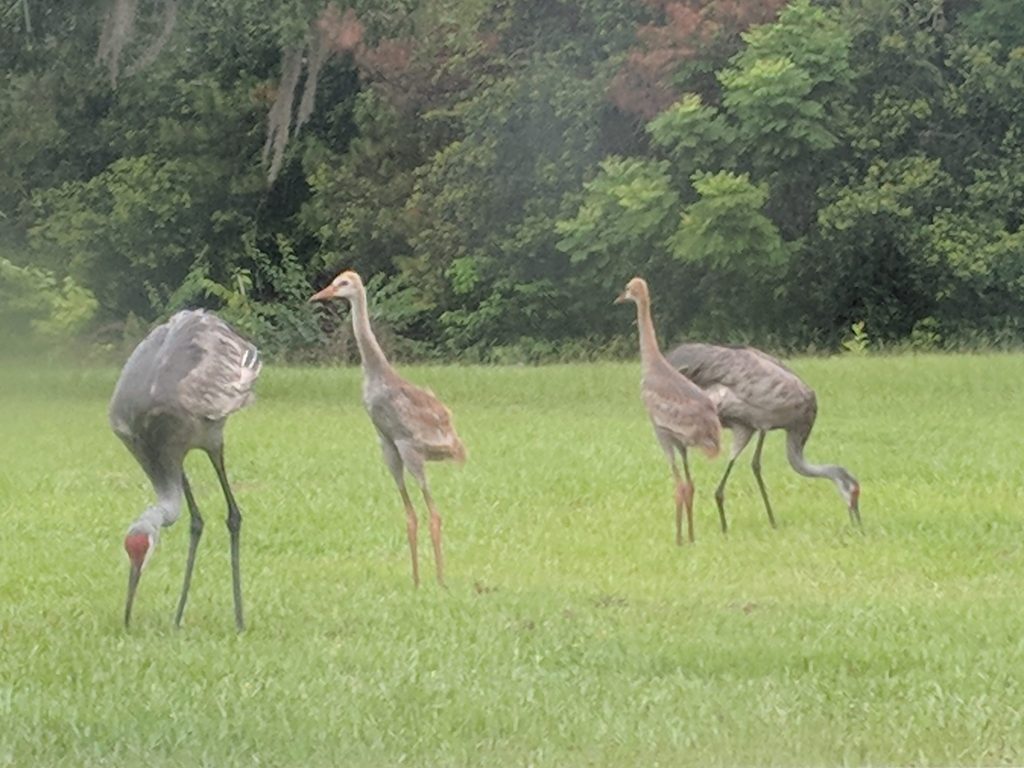